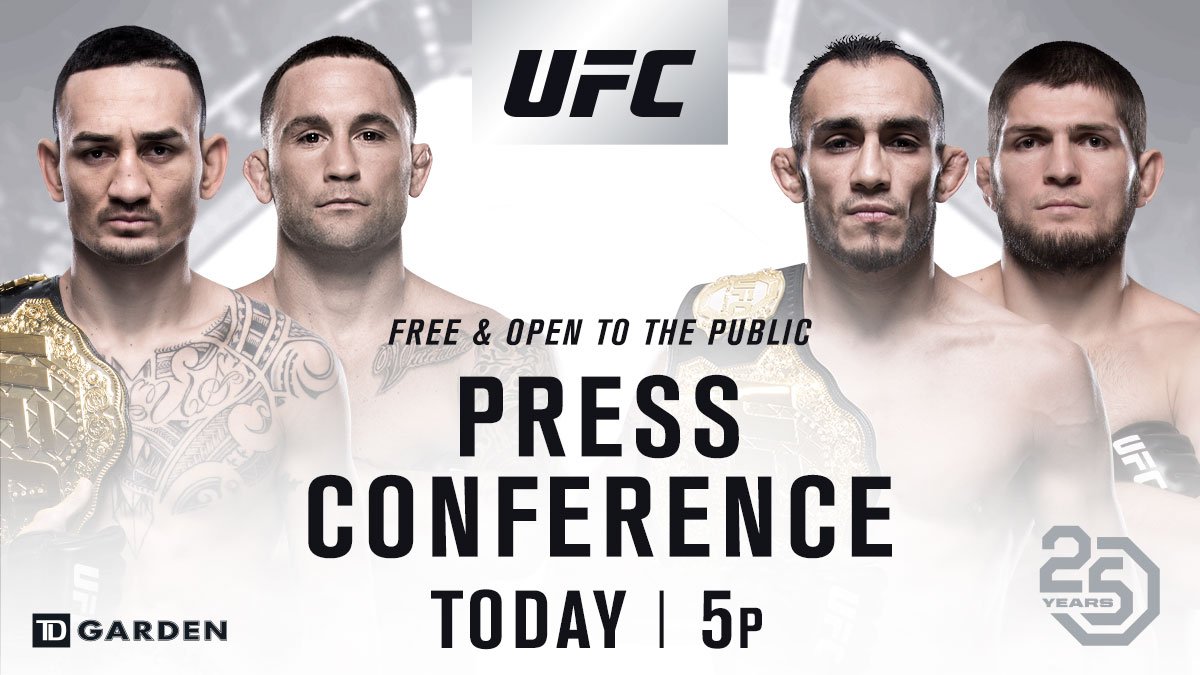 The Ultimate Fighting Championship returns to pay-per-view this weekend, but they are also set to celebrate the 25th anniversary with a special press conference that will feature the headlining fighters from UFC 222 and UFC 223.

UFC 222 is set to take place on March 3 at T-Mobile Arena in Las Vegas. The event will be headlined by a featherweight championship bout between current title holder Max Holloway and former lightweight champion Frankie Edgar. The two men were previously scheduled to fight at UFC 218 last year, but Edgar pulled from the bout due to an eye injury.

While the bout is currently slated to be an interim title fight, there have been some rumblings that it could be for the undisputed title with Conor McGregor being stripped.

You can watch the press conference live below beginning at 5:00 p.m. ET: