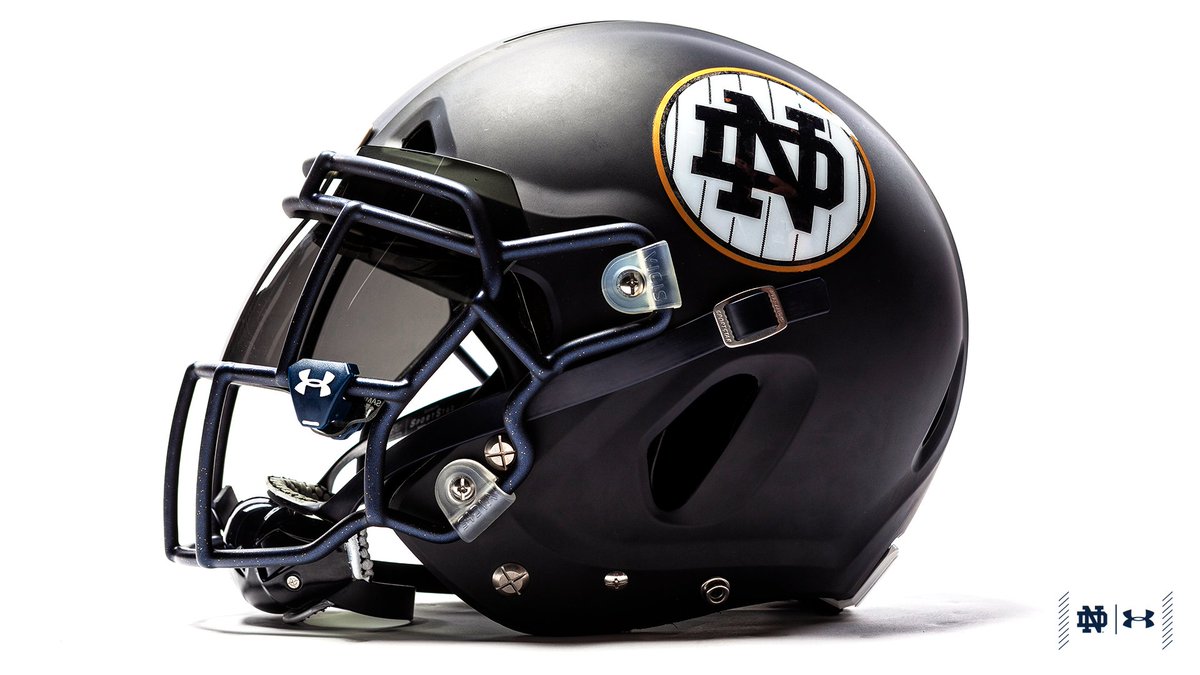 The Notre Dame football program has unveiled their uniforms for the 2018 Shamrock Series game against Syracuse at Yankee Stadium. It will be the 27th appearance for the Fighting Irish in the original or new Yankee Stadium, and so Notre Dame has gone with a New York Yankees inspired look.
Notre Dame unveiled their new uniforms on social media Thursday morning.
The uniforms feature a rich navy blue, with the iconic Yankees pinstripes on the shoulder of the jersey. There is also a special logo for the game, with the Fighting Irish using an interlocking “N” and “D” that is inspired by the Yankees “NY” logo. The pinstripes can again be seen in the background of the logo on the matte black helmet.
You can check out the new uniforms below.

The cursive Notre Dame on the chest of the jersey matches the cursive Yankees font.#GoIrish ☘️ #ShamrockSeries pic.twitter.com/9wXxQnxsTj

2018 will mark the ninth installment of the Shamrock Series, with Notre Dame holding a perfect 8-0 record in those neutral site games. Last season, the Fighting Irish delivered a 44-6 shellacking of the Army Black knights at the Alamodome in San Antonio. They have previously defeated Boston College, Purdue, Arizona State, Miami, Maryland, and Washington State in Shamrock Series games.
Notre Dame officially kicks off its 2018 campaign on Saturday, Sept. 1 against the Michigan Wolverines. Kickoff at Notre Dame Stadium is set for 7:30 p.m. ET on NBC.