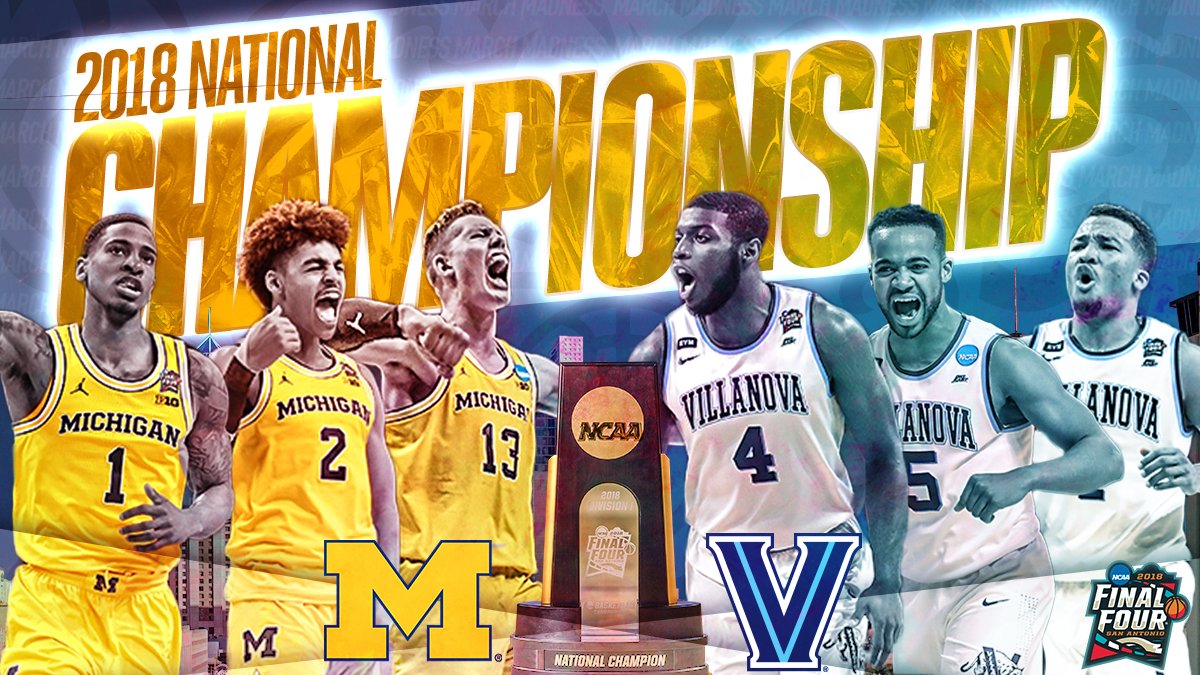 The 2018 NCAA Tournament will come to an end on Monday night, with the Michigan Wolverines and Villanova Wildcats looking to have one shining moment as they hoist the national championship trophy.

Michigan punched its ticket to the national title game by emerging out of the West Region. The Wolverines downed No. 14 seed Montana in the opening round, before a one-point victory over No. 6 seed Houston in the Round of 32. In the Sweet 16, Michigan steamrolled No. 7 seed Texas A&M and then punched their ticket to the Final Four by knocking off No. 9 Florida State in the Elite 8.

The Wolverines then faced Loyola-Chicago in the Final Four, ending the Ramblers’ Cinderella run.

Villanova, meanwhile, had little resistance on its path out of the East Regional. The Wildcats blew out No. 16 Radford, No. 9 Alabama, No. 5 West Virginia and No. 3 Texas Tech on their way to the Final Four. Once in the Final Four, Villanova squared off against fellow No. 1 seed Kansas, and again scored an easy win to set the team up for its shot at a national title.

How can you tune in to Monday’s national championship game as March Madness comes to an end? All of the information you need to catch the action from the opening tip-off can be seen below: