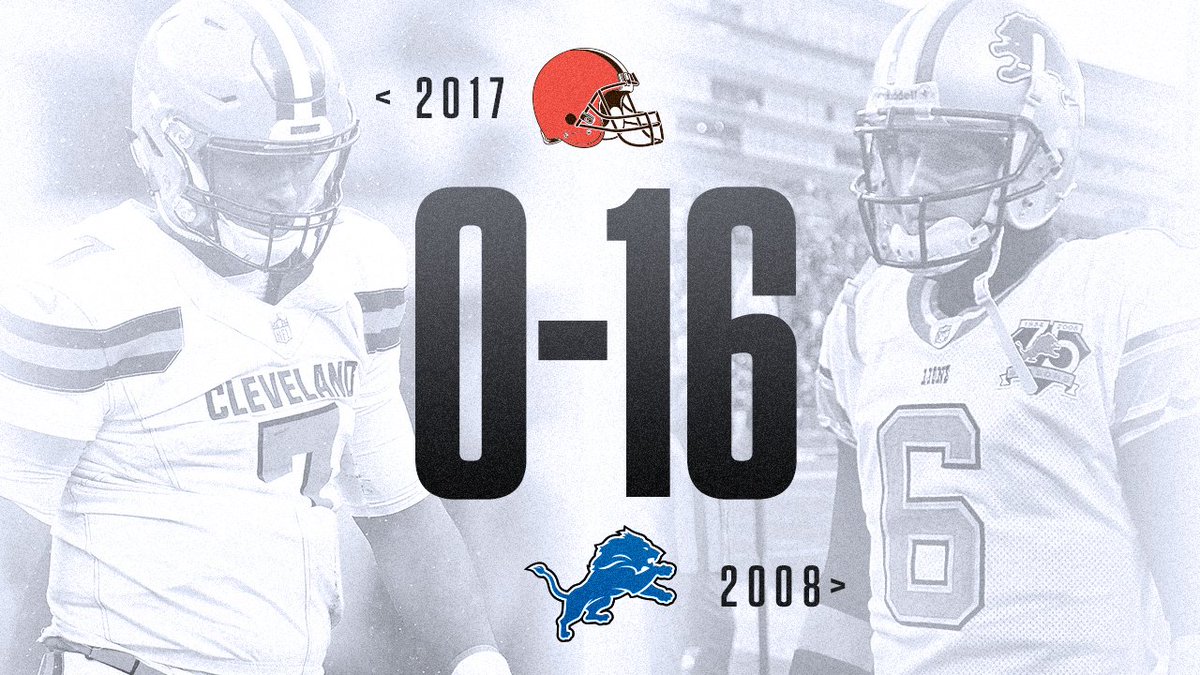 The Cleveland Brown have wrapped up a historically bad season.

Despite having the opportunity to end the 2017-18 NFL regular season with a win over the rival Pittsburgh Steelers, who were without star players Ben Roethlisberger, Antonio Brown and Le’Veon Bell, a crucial drop by Corey Coleman deep in scoring territory sealed their fate.

With the embarrassing mark, Cleveland joins the Detroit Lions as the only two franchises in league history to go winless during a 16-game campaign.

If there’s any good news for the Browns and their loyal fan base, it’s that Cleveland had already locked up the No. 1 pick in the 2018 NFL Draft and they will enter the offseason with plenty of cap space.

We’ll just have to see if they can find someone competent enough to be in charge of all of their chips as they look to the franchise around after hitting a new low.

Tom Brady Will Not Retire as a Patriot

During the 2019-2020 NFL season, all anyone could talk about were the Kansas City Chiefs and where Tom Brady would end up once he...
Read more
Football

The Return of the XFL: Everything You Need To Know

Way back in 2001 Vince McMahon, Chairman and CEO of WWE, and Dick Erbsol, an NBC executive, announced that the two companies would be...
Read more
Football

In a league of football that has witnessed its fair share of intense blowouts and regular shutouts, it’s all the more impressive when a...
Read more
Football

On January 14, 2020, Carolina Panthers Linebacker Luke Kuechly released an emotional video announcing his retirement from the NFL. “There’s only one way to...
Read more
Football

Sports fans have to endure a lot. From months of wishful anticipation in the off-season leading up to a 1 in 16 chance of...
Read more

Tom Brady Will Not Retire as a Patriot