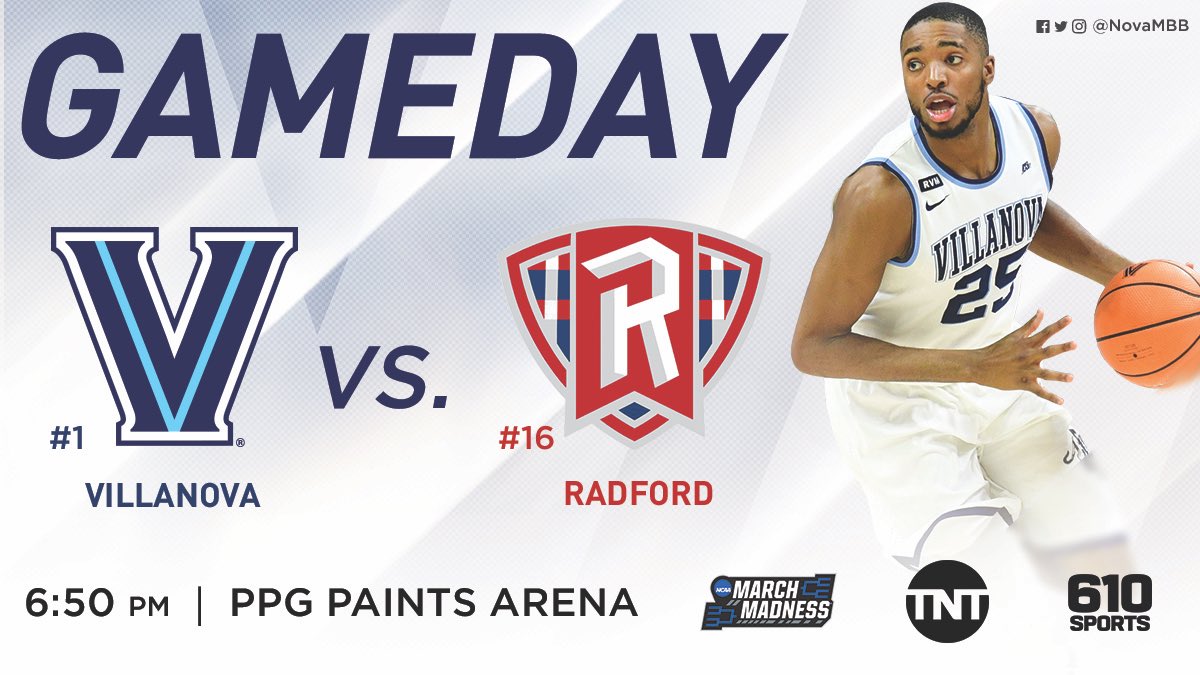 March Madness 2018: Villanova vs. Radford live stream, start time, betting odds, TV info and ticket information for the First Round of the NCAA Tournament on Thursday.

No. 1 seed Villanova kicks off its 2018 NCAA Tournament run on Thursday evening with a matchup against the No. 15 seed Radford Highlanders.

The Wildcats enter March Madness as one of the favorites to bring home the national championship.

Every single game of the NCAA Tournament will be available to stream live online via the NCAA’s March Madness website.

How can you tune in to Thursday’s First Round game to get March Madness underway? All of the information you need to catch the action from the opening tip-off can be seen below: