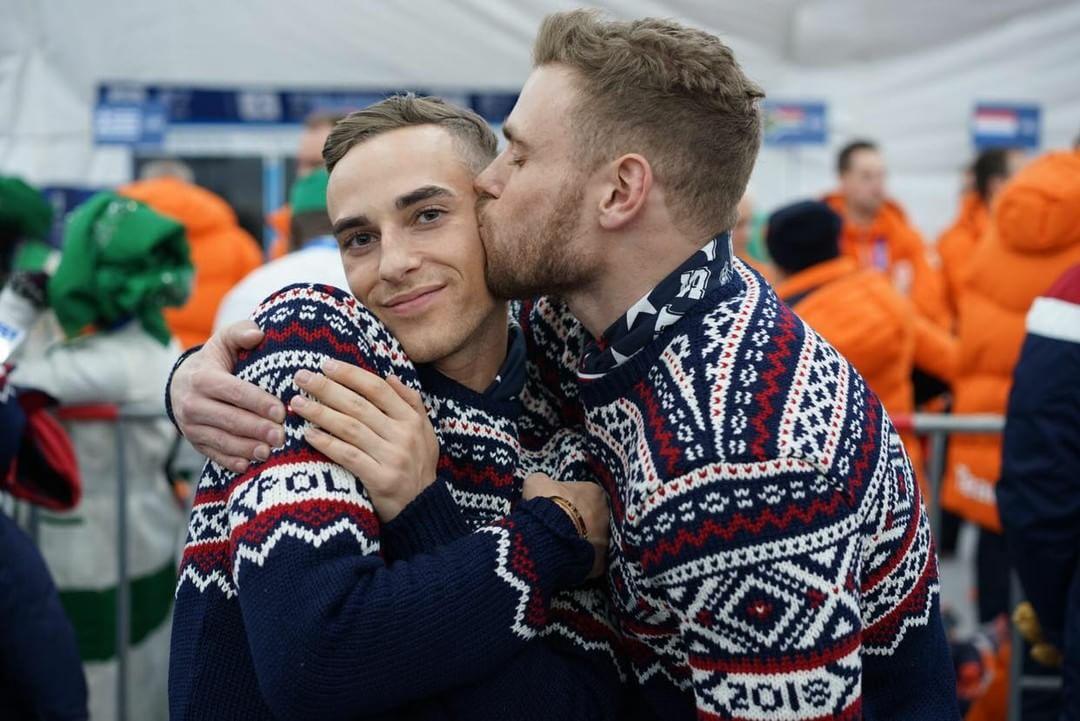 United States Olympian Gus Kensworthy is ready to hit the slopes in Pyeongchang, South Korea for the 2018 Winter Games, but first he had a message for Vice President Mike Pence.

Following the Opening Ceremony, Kensworthy, who is openly gay, took to social media to share a photo with figure skater Adam Rippon and the caption “eat your heart out.”

Rippon had previously criticized Pence for his anti-gay rhetoric while running for congress in 2000.

“The Opening Ceremony is a wrap and the 2018 Winter Olympic Gaymes are officially under way!” Kenworthy wrote. “I feel incredibly honored to be here in Korea competing for the US and I’m so proud to be representing the LGBTQ community alongside this amazing guy! Eat your heart out, Pence.”

The #OpeningCeremony is a wrap and the 2018 Winter Olympic Gaymes are officially under way! I feel incredibly honored to be here in Korea competing for the US and I'm so proud to be representing the LGBTQ community alongside this amazing guy! Eat your heart out, Pence. #TeamUSA #TeamUSGay 🇺🇲🏳️‍🌈

Pence was in attendance for the Opening Ceremony as the head of the United States delegation.

Some reports claim that Pence’s staff attempted to set up a meeting with Rippon after his critical comments, but the figure skater declined. Of course, Pence’s team has denied those reports.

Despite that, Rippon says that he would be open to eventually meeting with the Vice President after the Olympics conclude.

“If I had the chance to meet him afterwards, after I’m finished competing, there might be a possibility to have an open conversation,” Rippon said, via USA TODAY Sports. “He seems more mild-mannered than Donald Trump. … But I don’t think the current administration represents the values that I was taught growing up. Mike Pence doesn’t stand for anything that I really believe in.”